Best ASIC Miners For Cryptocurrency ( With Reviews ) of 2019

Whether you took the time to build your own dedicated graphics card mining rig or still relying on your desktop computer for a cryptocurrency mining job, you’re probably here because you’re realizing it’s about time you level up your game. While a lot of miners have toppled over the home computer users in the mining arena, both are about to eat dust from hardware that’s designed for a single purpose, to mine cryptocurrencies in the most effective way as of yet. This is the Application Specific Integrated Circuits or ASIC.

We’ll be looking at some of the most badass ASIC miners to date. To find the best one out there, we’re setting some criteria. There are five major points to consider and they are the following.

At the end of the day, profitability matters. If you’re spending more on electricity than the amount you’re earning in cryptocurrency, you probably haven’t made proper computations. On the other hand, if you’re paying for minimal electricity but not mining enough, you’re still losing in the game.

The Best ASIC Miner Hardware  of 2019

Based on the list alone, you probably have your favorites. Let’s see if they fair well as we look at these best ASIC miners one by one. 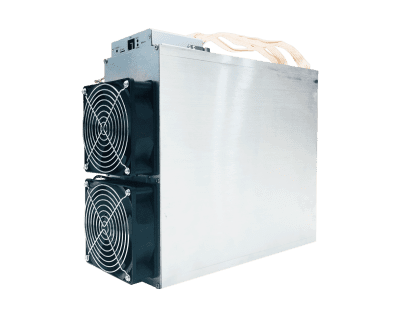 Manufactured by Bitmain, Antminer E3 is the first Ethash ASIC miner in the world. Shipping for orders made as of this writing begins mid-July. At $1876, the hardware offers hashpower of 180 MH/s at 800W to mine Ethash algorithm currencies like Ethereum, Ethereum Classic, Musicoin and Ubiq.

It sounds great on paper, let’s see how it fares in projections. We’re using Ethereum Mining Calculator and Profit Calculator. Computations are based on the following values: power cost at $0.10kWh, network difficulty at 3361131492224690, block reward at 3.0 and conversion rate of 1ETH = $440.82. Pool fees are not included in computation.

For someone specifically targeting to mine Ethereum, this may sound like the right hardware to hit the jackpot. If you’re just getting into the mining game, you may benefit from the easy set-up. However, if you’re used to building a graphics card mining rig, you may do better sticking with what you have or use the money you will otherwise spend on this hardware to upgrade your current rig.

Although you will need to configure, you can easily achieve the same hash rate and efficiency with a rig a little over cost. At least there’s resale value in graphics card. With this ASIC miner however, it’s worthless when Proof of Stake comes.

Is there a long term game for this hardware? Ethereum is about to do hard forking. Soon, it will become ASIC resistant. We’ve seen it happen before with Monero and others that followed. In fact, ETH announced that Casper network is already under development. A change in Ethash mining algorithm will put you at a major loss in investment.

POS is coming. The change is inevitable the only question is when. If you happen to get this hardware, cross your fingers that it won’t come until you reach ROI at least which, based on our computation, will be achieved in roughly 1 year. 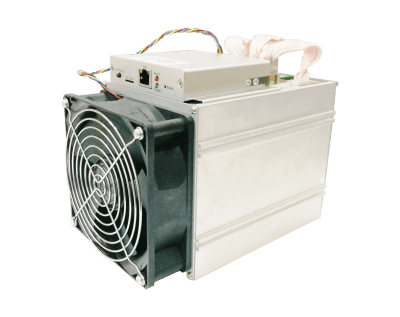 Designed to mine Zcash, BitcoinGold, Komodo and other coins in the Equihash algorithm, Antminer Z9 mini’s third batch is priced at $850 with shipping date set between mid-August and early September.

The projections on this ASIC miner looks a little better than the x3. But we also have to consider the volatility of cryptocurrencies and the risk of changes in algorithm.

Network difficulty can only be expected to increase. This is the third batch of the product and the price went down from $1,999 to $1520 to $850. This can only mean a better, higher capacity and efficiency hardware is on its way. When the new hardware is out, projections are likely to erode.

There are also speculations about Bitcoin Gold and Zcash hard forking by the end of the year which is another thing to consider. If you’re only receiving your hardware by September, that only leaves you with a few months to reach ROI. If ZenCash and Hush don’t follow suit, there’s still hope for maximizing profitability of the hardware. 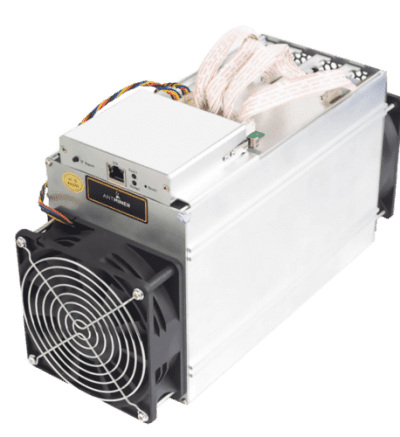 Released in November 2017, the Antminer s9 mines coins under SHA-256 hashing algorithm which includes minable coins like Peercoin, eMark, Joulecoin, Bitcoin Cash, Curecoin, Unbreakable, Acoin, Terracoin and Crown. It can also mine Bitcoin through a Genesis or Hashflare mining contract. Let’s look at the projected earnings.

The Antminer s9 is definitely a major player in ASIC mining hardware community especially when it first came out. Whether or not it is still good today for mining is a tricky subject. Aside from its hashing power, another good thing about s9 is that it can mine SHA-256 coins which gives you plenty of options. 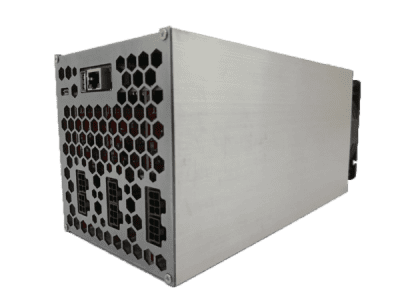 A multi-algorithm ASIC miner, Baikal Giant X10 can mine different algorithms like Qubit, Quark, x11, Skein and Myriad-Groestl. Through Hashflare or Genesis mining contract, it can also mine Dash. It’s hashing power at 10GH/s is pretty good.

Although the hash rate is not as high as the s9, the major selling point of this hardware is its ability to mine multiple algorithms which in a way, makes it fluctuation resistant. With other pieces of hardware, you would worry about the algorithm changing.

Even if one hard forks, you have other options to look at. With this said, you have to weigh in long-term game and high capacity but possibly a game life cut short.

It doesn’t look good based on the projections. This is what we meant when we said earlier that you have to at least break even. In this case, you’re actually spending more on the hardware.

If it’s this bad with the estimate, it probably wouldn’t do as well as you may expect. On the upside, there are other coins to mine so this is a possibility you may want to explore.

Designed for the Blake256R14 algorithm, the DSM6T is competes with Dragonmint for mining Decred. With a hash rate of 6TH/s at 2100W, the DSM6T seems like a hardware to bet on.

If you’re looking at mining Decred, the good news is it seems to be on an upward trend. If the projections with this hardware is good, it may be worth the investment. Let’s look at the numbers.

Although you have a higher cost for the hardware, it makes up for the hash rate which lifts the profitability up and makes it easier to reach ROI. As long as difficulty and conversion rates don’t go too far from the estimates, potential earnings will be close to the projected amounts.

Released in April by Halong Mining, the DragonMint B29 is a serious competitor with 2.1TH/s hashing power at 900W in a $5400 price point. Made for Blacke256R14 algorithm, B29 mines Decred.

To directly compare this hardware to DSM6T, we’re using the same parameters: power cost at $0.10kWh, network difficulty at 3117.96, block reward at 12.45 and conversion rate of 1DCR = $56.22. Pool fees are not included in computation.

It’s probably best to prepare yourself for some changes in the network difficulty. As miners catch up on this, your projected profitability is likely to go in shambles. If this happens, the hardware will turn from highly profitable to an average one. In any case, it is not a loss-making hardware yet.

Comparing Dragonmint B29 to iBelink DSM6T, the latter is more promising when it comes to estimated earnings. It doesn’t make a lot of sense why B29 is priced $1000 more than DSM6T. If you want to focus on mining Decred and choose between these two hardware, DSM6T is the clear winner.

A9 Zmaster can mine Bitcoin Gold but hard forking will deem this unable to mine the coin. The hardware is designed for Equihash mining algorithm so options include Zcash, Zencash and Hush.

It’s a much more advanced alternative to the Antminer z9 mini. If you’re looking to go after Zcash for instance, the Zmaster may be a more formidable option with a hash rate 5 times more than the z9 mini. It comes at a high cost, however.

It certainly seems more promising than the z9 mini hardware. The Zmaster can possibly reach ROI in less than 5 months of mining which great.

As of June, Innosilicon has 300 units of this hardware ready to be shipped. If you manage to be one of the early birds, you increase your chances of profiting from it.

Designed to mine Siacoin, the Innosilicon s11 Siamaster is among the topnotch players when it comes to hashing power at 4.3TH/s at $1380.

It’s a promising hardware. ASIC Miner Value also projects profitability at $8.21 a day. A major advantage of this hardware is that unlike the Bitmain’s antminers, the Siamaster is not on a pre-order basis. Shipping is done within a week after order is placed. As you know, time is of the essence when it comes to hardware. The more you wait in line, you lose profitability by the second as other miners get way ahead of you.

As for longevity, Siacoin is actually one of the more transparent ones in the cryptocurrency world. The coin suffered a major hit when Bitmain released the antminer a3. If it happened to another coin, they would have forked already and become ASIC resistant. Surprisingly, SC did not and made an official announcement that they’re not changing algorithm anytime soon.

There’s no clear winner on this review but we’re leaning towards iBelink DSM6T only because it’s in the early stages of exploiting Decred and if you get to be one of the early miners to use the hardware, you can get a good chunk of the pie. However, it will be quite a gamble too especially because of the price.

If you’re eyeing coins in the Equihash algorithm and you can spare $10,000, we say, go for Innosilicon a9 Zmaster. If you’re not the big stake kind of miner, you will probably feel safe mining Siacoin with the S11 Siamaster. If you’re only getting to ASIC mining out of curiosity or just as a hobby, we suggest the Baikal Giant x10. The multi-algorithm design is great for exploring and mining coins that no one pays much attention to.

At the end of the day, you should know what you’re risking. This is not for people who are hoping to get rich overnight through an ASIC miner. It will probably take a couple of months or even years or never to reach ROI so set proper expectations. Hope for the best but also prepare for the worst no matter which ASIC miner hardware you decide on.

Sudden Coffee Review - Is This The Best Instant Coffee?