Which Pistol Has the Highest Magazine Capacity

Pistols are a work of art. They are immaculate yet powerful machines that can easily dispense bullets with the implementation of basic physics. You can easily get your hands onto a pistol if you are living in the USA. In other countries, you might have to wrestle with a few legal aspects of guns. In the USA, you can buy from companies like Colt, Smith & Wesson, and Beretta, which have factories across the country.

Pistols must be safe and reliable. They should not have structural flaws that easily jam the weapon at crucial times. Moreover, you should never have ammo and reloading concerns in dire circumstances. It is tricky to find out which pistol has the highest capacity magazine. That is because every handgun magazine can be extended to demand. However, such experiments are only performed by experts.  We need to look at guns with a considerably high magazine capacity in their stock unit.

Let us look at a few pistols with different magazine capacities. 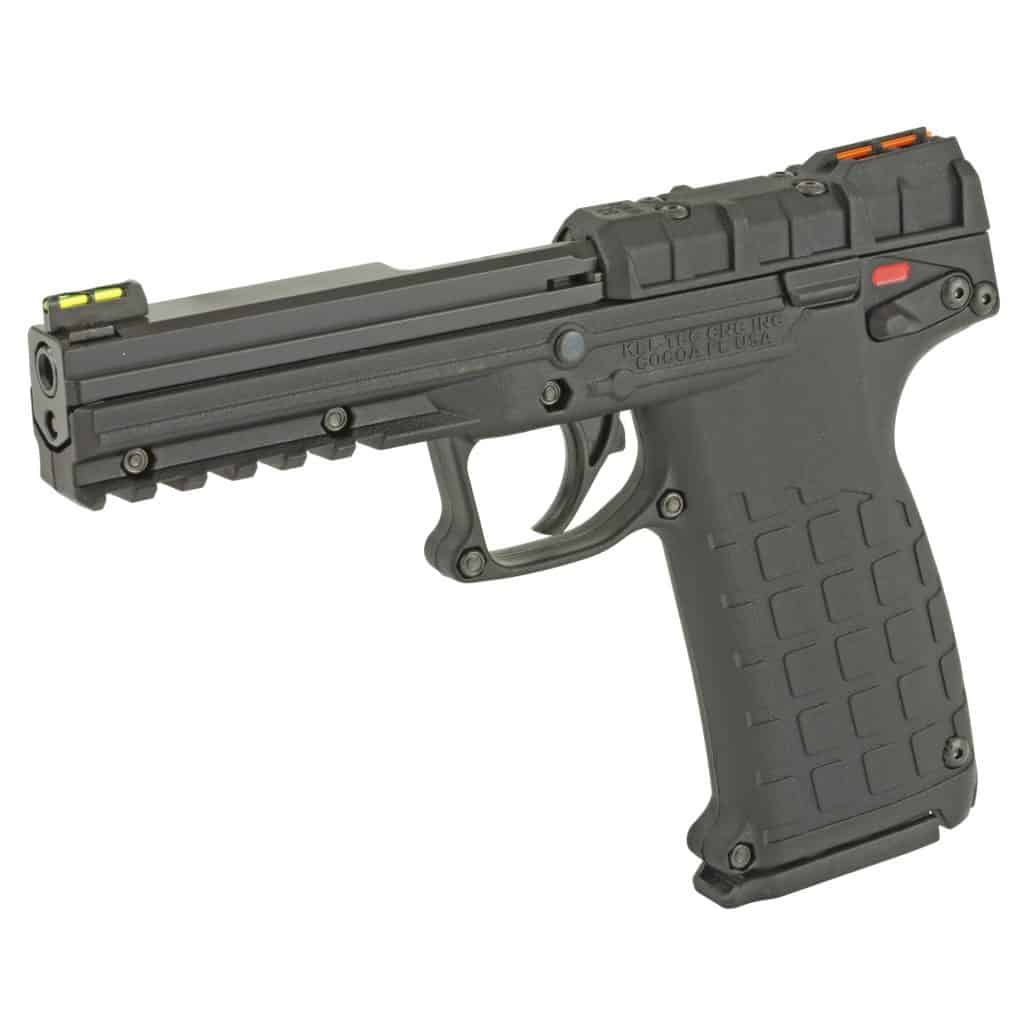 The Kel-Tec PMR-30 is arguably one of the best handguns in the market today. It is an affordable and versatile weapon and can be used for hunting, competitive shooting, or self-defense. So, how many rounds does the Kel-Tec PMR-30 hold? The Kel-Tec PMR-30 can hold 30 rounds. Its ability to fire 30 bullets before reloading makes the PMR-30 a very dangerous weapon.

The PMR-30 has solved all the problems of handgun engineering. To make a gun that holds many bullets, engineers have to compromise on weight. Germans in the second world created a handgun that could carry a magazine with the capacity of thirty-two shots. However, that gun had to be discontinued because it was too heavy to be used in battle.

The Kel-Tec PMR-30 is a standard handgun. It is 7.9 inches in length and has a 4140-steel barrel that runs 4.3 inches. The company decided to make the pistol using polymers instead of metals. Consequently, the PMR-30 weighs only 14 lb. when unloaded. The design of the gun makes it easy for all users to fire. It has an ambidextrous design, along with a trigger described as having a “short push.” Overall, the Kel-Tec PMR-30 is a reliable handgun thanks to its overall structure and tremendous magazine capacity. 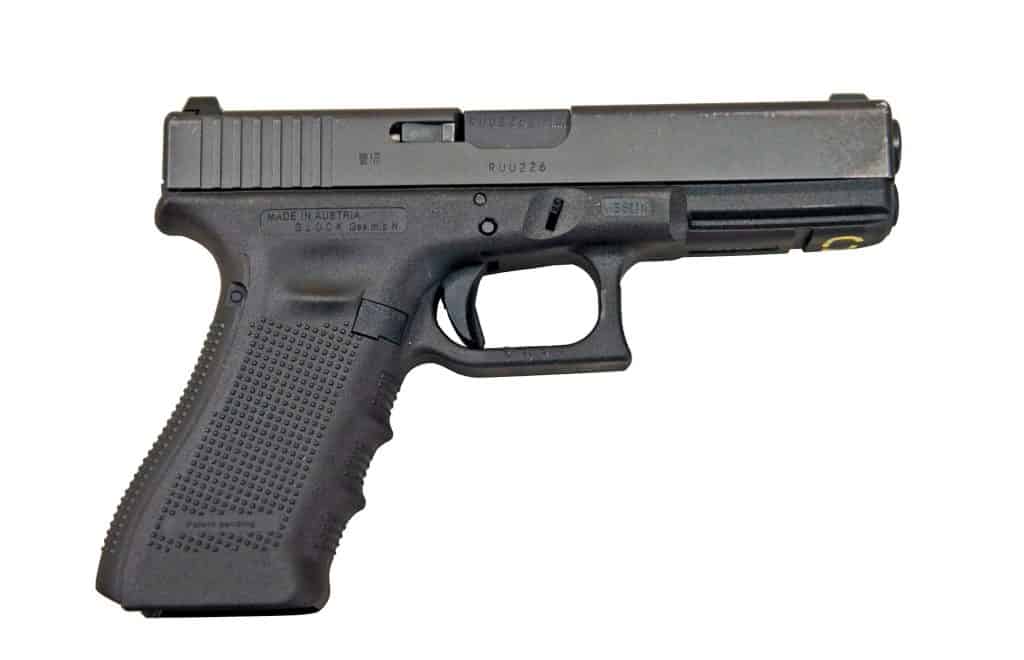 If you are wondering where you have heard the name before, we’ll answer all your doubts. You have seen the Glock 17 and listened to its name in all Hollywood movies involving the police or the military. It is the most found handgun in the USA, and for a good reason. Glock is a reliable gunmaker and has been manufacturing firearms for many decades. The company also has tie-ups with government institutions in the executive arm, i.e., the police, the army, etc.

So, how many rounds does a single Glock 17 clip have? A Glock 17 magazine can have up to 33 bullets. Don’t get us wrong, the standard magazine capacity of a Glock handgun is 15 or 17 rounds. It is incredibly easy to purchase and use a 33-round magazine with a Glock 17. These large magazines are relatively uncommon but not unheard of. Handguns like the Glock 17 are generally used for self-defense, if not in police forces. Using such a powerful weapon for self-defense has its pros and cons. A Glock 17 can fire more than 1000 rounds in under a minute. You can practically empty a 33-round clip in less than two seconds. These are great numbers for any firearm, but the real question to ask is – how many times will you hit the target?

The answer – not always. The Glock 17 is accurate up to 55 yards. Moreover, thanks to its immense firepower, you compromise a little bit on accuracy. The Glock 17 does do its job and aids you in self-defense. Moreover, the gun is known for its smooth operations – it rarely jams. These are the perks of using a trusted brand of pistols. 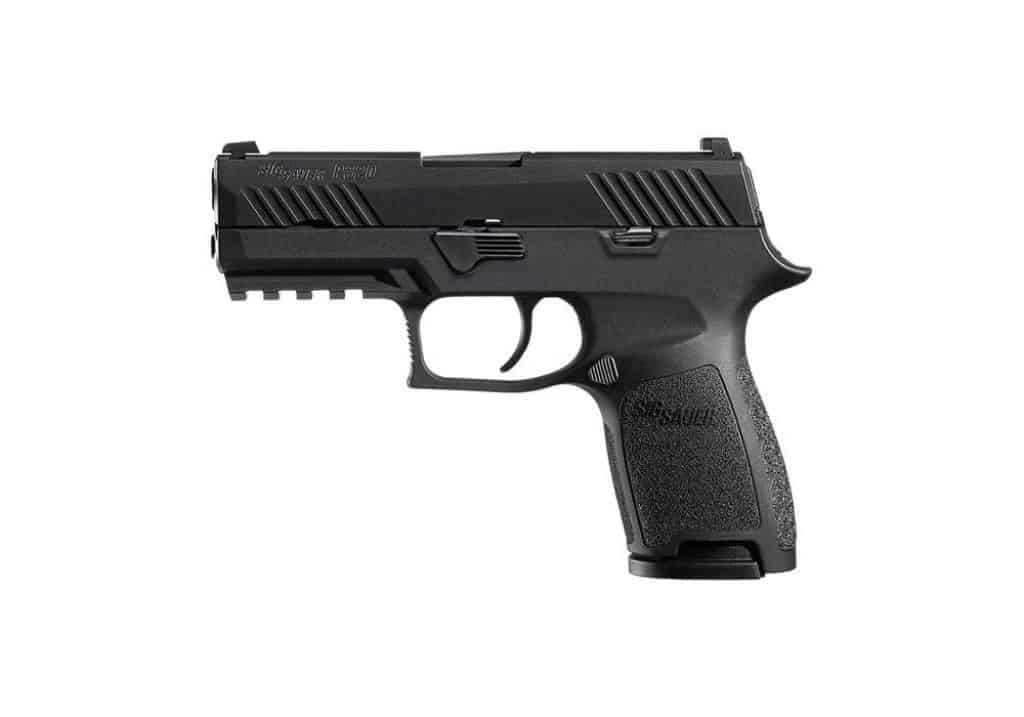 Sig Sauer is another trusted American gunmaker. Based in New Hampshire, Sig Sauer is known to make guns of all sizes and for all needs. The Sig Sauer P320 is one of the company’s best creations. It is a lethal handgun with a higher magazine capacity than the average and with the ability to shift between bullets of different calibers.

The P320 can hold up to 21 rounds of 9mm in a single magazine. The semi-automatic handgun can hold almost 20% more bullets in a single magazine than most other handguns in the market. That alone puts the Sig Sauer P320 ahead of the rest of the competition. The gun itself is an object of beauty, designed to be used by both left-handed and right-handed people. It also can be field stripped safely, thanks to a design that prevents the negligent discharge of the weapon.

However, the best feature about the Sig Sauer gun is its ability to fire various calibers. While it commonly loads and unloads regular 9mm bullets, the P320 can also fire .357 SIG and .40 S&W bullets.

When the gun was first introduced, testers discovered an issue with it. The P320 automatically discharged if anyone dropped it at a specific angle. Sig Sauer has since catered to all tests and made the P320 drop-safe. Police forces across the globe have begun issuing P320s to their officers.

Most pistols and handguns do not hold more than 15 rounds. We have listed here a few guns that specialize in carrying over 20 bullets in a single clip. They need to be used very carefully, or they can cause significant damage.  Handguns should also not be used to carry out violent actions beyond the ambit of the law. All the guns stated above can be used as machines for self-defense. In some parts of the world, it is imperative to protect yourself with a firearm. Therefore, we urge you to purchase a gun legally and use it righteously.